Recently, I have been frustrated in trying to get ‘my point’ across to someone. It seems that no matter how I phrase it, try to say it, it’s just not the way this person is receiving it. I’ve been complaining that he’s just stubborn and refuses to see things differently than what he wants to see and is only hearing what he wants to hear. I came across this parable as I was looking for ways to incorporate more of my recent travel to Thailand here. It screams Thailand with its elephant and Buddhism, but more importantly it has given me a new perspective to my issue.

THE BLIND MEN AND THE ELEPHANT

Based on a story from the Buddhist Sutra

The people who lived in a small village were always arguing and fighting among each other about God and different religions. They could never agree to a common answer. So they came to the Buddha to find out what exactly God looks like.

The Buddha asked his disciples to get a large magnificent elephant and six blind men. He then brought the blind to the elephant and asked them to describe what an elephant looks like.

The first blind man touched the elephant’s leg and reported that it “looked” like a tree trunk. 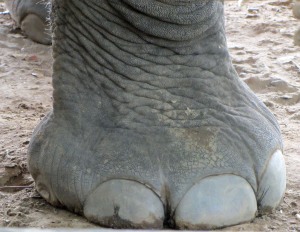 The second blind man touched the elephant’s stomach and said that the elephant was a wall.

The third blind man touched the elephant ear and said that it was a fan. 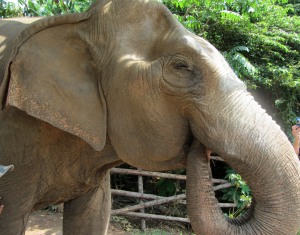 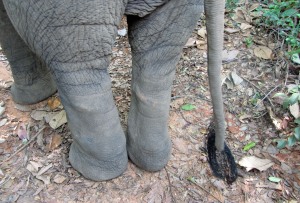 The fifth blind man felt the elephant’s tusks and described it as a spear. 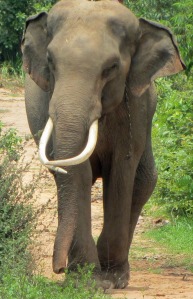 And the sixth blind man rubbed the elephant’s snout and got very scared because he thought it was a snake.

All of them got into a big argument about the “appearance” of an elephant.

The Buddha asked the citizens: “Each blind man had touched the elephant but each of them gives a different description of the animal. Which answer is right?”

“All of them are right,” was the reply.

“Why? Because everyone can only see one part of the elephant. They are not able to see the whole animal. The same applies to God and to religions. No one will see Him completely.”

By this parable, Buddha taught that we should respect all other religions and their beliefs.

Credit to: http://www.spiritual-education.org/blindmenelephants.pdf for the story synopsis